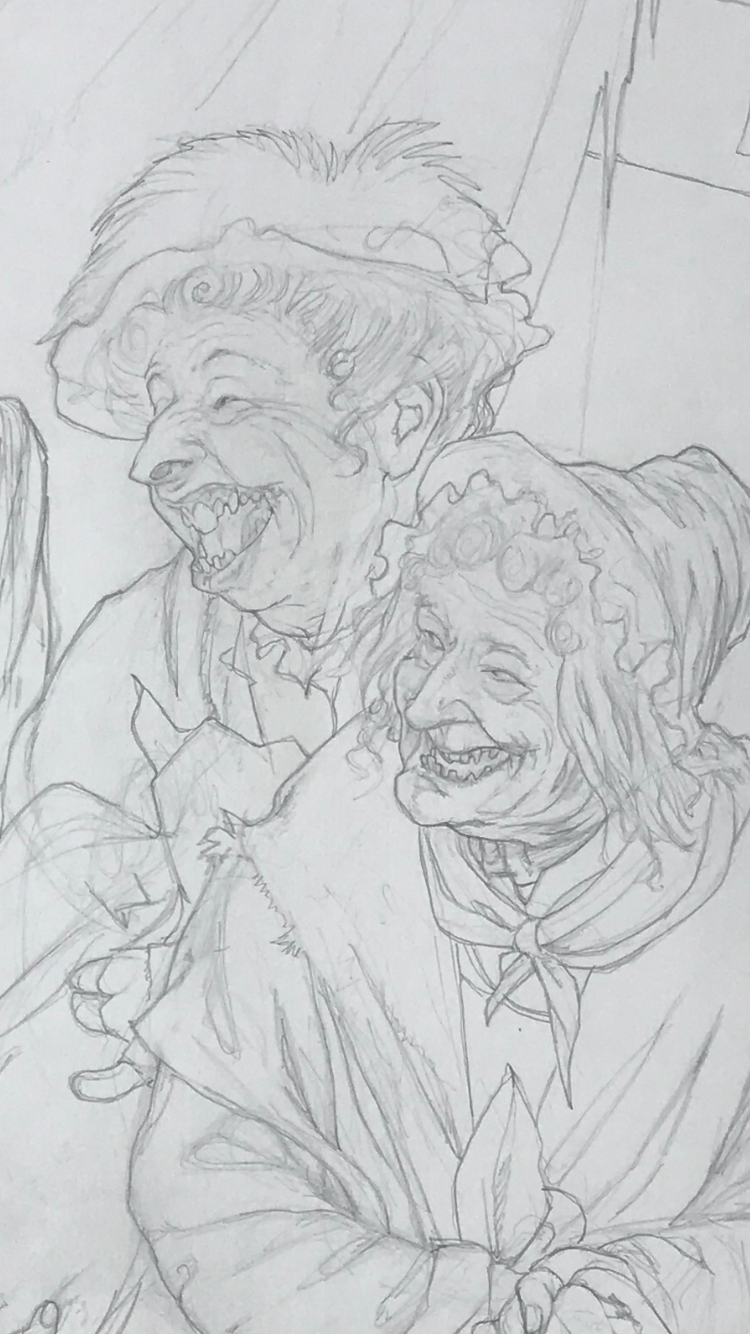 Old Joe and his Cronies

‘Sitting in among the wares he dealt in, by a charcoal stove, made of old bricks, was a grey-haired rascal, nearly seventy years of age; who had screened himself from the cold air without, by a frousy curtaining of miscellaneous tatters, hung upon a line; and smoked his pipe in all the luxury of calm retirement.
Scrooge and the Phantom came into the presence of this man, just as a woman with a heavy bundle slunk into the shop. But she had scarcely entered, when another woman, similarly laden, came in too; and she was closely followed by a man in faded black, who was no less startled by the sight of them, than they had been upon the recognition of each other. After a short period of blank astonishment, in which the old man with the pipe had joined them, they all three burst into a laugh.’

PJ Lynch’s preparatory drawing for an illustration in his award-winning edition of ‘A Christmas Carol’ by Charles Dickens.
This large signed pencil drawing measures 59 x 42 cm and ships by registered post in a protective cardboard tube.